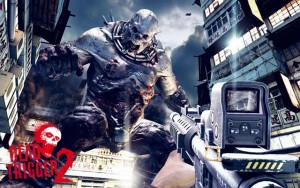 One of my aims when purchasing my Minix X8-H Plus was to see if Android had really achieved enough to compare it with other regular game consoles. The first thing I had to get used to was getting out of my head that ‘if it is attached with a cable it will be faster and more reliable’, so after getting 2 cheap wired gamepads and struggling for ages to try and get them working (and failing), I got an Ipega 9028 bluetooth gamepad. 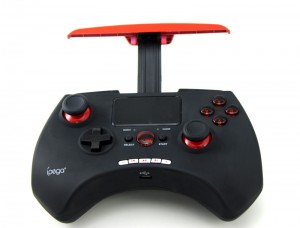 So first a quick review of the gamepad. It is made with an attachment you can see in the pic above to attach your smartphone into it which is pretty cool if you want to use it like that!

Size and construction-wise it is perfect, feels strong, and has handled everything I threw at it. It has a usb connector to enable you to charge it (2 hours approx) and that charge lasts a few hours of constant playing. You can also play while it is plugged in and charging as well if you want.

Setting it up was easy (after learning the hard way). Do not bother with any of the Ipega drivers, sites, apps etc. Just activate bluetooth on your android device and pair it. The full steps I do are this :

1) set the controller to pair by pressing A and then the red Start button on the controller. The light will start to flash fast meaning it is looking for a connection.
2) on my Minix box I turned on Bluetooth and it finds the Ipega 9028 on the list.
3) click on it and it will pair in seconds.

You can buy the wireless Ipega 9028 controller from amazon same as I did here :

Then it is just down to which game you want to play and if it supports controllers/gamepads.

Ok, now for the game which is the real point of this post.

Before talking too much about the game, it should be noted that until I started playing this game I have NEVER been a gamer, never played a FPS (first person shooter) game, and never really been interested to do so either. This was a whole new experience for me, but as it says it is Free to Play then I thought I would give it a try.

As Ive picked up from other apps on Android the ‘Free to play’ usually means : you can, but your progress will be slower compared to someone who makes some in-app purchases.

For me slower was fine as I wanted to understand and learn the game anyway! As I said I had no real background in gaming in the last 10 years, but my interest first was from a graphical side. Dead Trigger 2 does not let you down there. In the settings on my Minix TV Box it gave me options of Low and Medium Graphics. Both are damn good, and work perfectly on the box. Clearly there is much more detail on Medium mode so I have left it there.

The aim of the game is to complete missions. For missions you complete you get money, for money you buy weapons, painkillers, and chickens (random I know, but suicide chickens are a zombie hunters best friend).

You are based in a Hideout with a Smuggler, Chicken Engineer, Technician, Weapons Guy and a Medic. They each make you something thats useful in the game. With the money you collect in missions you can upgrade each of these to new levels which activates better weapons, better chickens, better painkillers etc etc.

1 feature I like in the game is the ability to record and share your gameplay. This recording is set on Low Graphics, but even there you can see it is perfectly playable and fast:

And here is another from a different mission :

So now that I have been playing this game for 2-3 weeks where am I at?

Well Im on Level 36, I have Rocket Chickens, Twin Uzi, Rocket Launcher and various other weapons which is pretty cool I think!! BUT it has taken me a lot of playing to achieve this.

The missions can become VERY TEDIOUS, based in the same warehouse or street. I have completed I think 400 Missions and there has been maybe 30 different scenes so you get the idea. My way to get around this was to set myself small targets per day, focus on using weapons XXXX to get YYYY mission completed which earned me ZZZZ etc. Im still playing so its working!! There are constant (constant is the wrong word, regular is better) reminders that you can buy Special Pack 1,2,3,4 etc for XX$ but its really not that intrusive. And as the Zombies get stronger ive been able to keep up on weapons upgrades to be able to survive.

So my view is Yes it is free to play, and you can have a lot of fun with it.

I think originally when I found this game one of my other intentions (as a non-gamer previously) was to see how games consoles etc handled multiplayer fnctionality.

Well to be honest Dead Trigger (so far at least) does not do that. Sure there is a chat room where you can speak to people, but there is no real need to for the purpose of the game. You can even add friends to your friends list, but I have not seen any missions where that actually has any use. Maybe it will happen on future levels when I get there. I have seen there are competitions / tournaments on the map, but I have had nowhere near enough Gold to be able to play in those yet (the only way to get 1000+ Gold seems to be to buy it with real money).

So for me at least there is no REAL multiplayer elements to the game that ive seen so far. I will update this post if that changes on future levels.

To end this Android Game Review here is my summary. Overall this game is pretty damn good. The graphics for an Android device are good (better than anything I have seen before), the gameplay can become a bit repetitive however, but there is enough variety in different ways you can kill a zombie and see the blood splash in different ways to keep me amused.