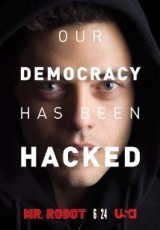 We hope you have enjoyed the first Series of Mr Robot! If and when there is a new series then we will bring it to you on bashworkz.com

Check out -  Mr Robot - Behind the scenes interview with Christian Slater